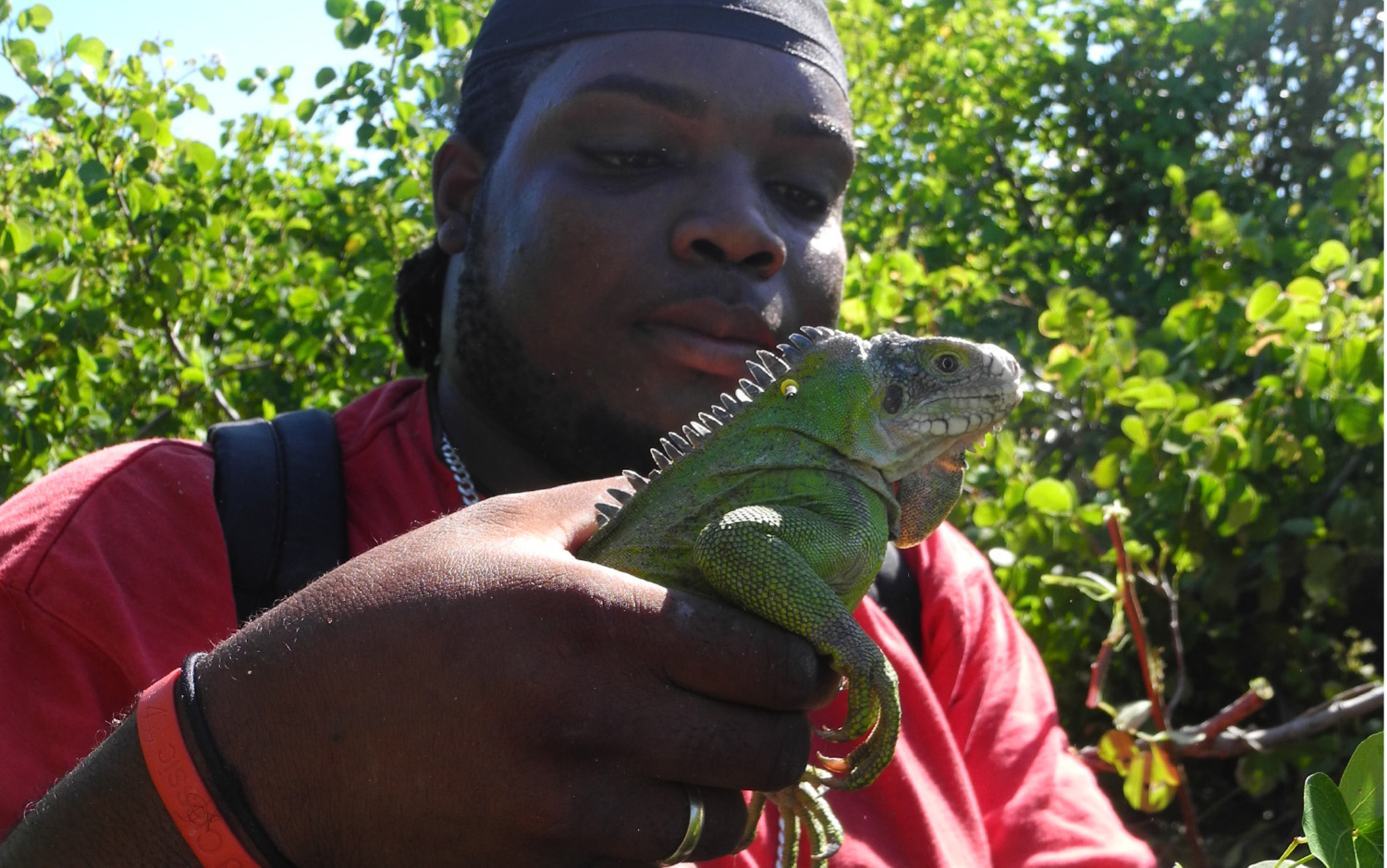 About the author. My name is Tashim Fleming and I’m a Conservation Officer with the Anguilla National Trust. While I work with a range of species on Anguilla’s mainland and offshore cays, my main area of focus is reptiles and iguanas in particular.

My first experience with iguanas was in 2015 when I had the opportunity to work with two herpetologists – Rob Williams (consultant with Fauna & Flora International) and Dan Lay (an iguana specialist with the Durrell Wildlife Conservation Trust). The ANT had just been awarded grants from the Rufford Small Grant for Nature and the International Iguana Foundation to conduct surveys of Anguilla’s native iguana population – the first survey since the 1990s. We wanted to know how our iguanas were doing, twenty years after the arrival of the invasive common green iguana – a species competing with our native Lesser Antillean iguana for food, space, and mates.

I remember the first Lesser Antillean iguana we caught. After days of searching through dense bush and scouring the cliffsides and rocky shoreline for these elusive creatures, we noticed bite marks on noni tree leaves and its smelly fruit. Carefully looking on the branches and the bushes below, we caught sight of him as he made a dash through the underbrush. My fellow Conservation Officers, Devon and Giovanni, along with Rob and I managed to encircle him. As he made another attempt to escape, Devon leaped with a net and captured him. Covered with bits of bush and more than a few scratches, we held the iguana, excited and thankful that our efforts had not been in vain. This was the first of more than two dozen Lesser Antillean iguanas that we captured.

Initially, the plan was to capture and record data related to their size weight, relative health, sex, and behaviour. We would tag them with beads and microchips and then release them back into the wild. But plans don’t always go, well, according to plan. After discussing conservation opportunities with the Department of Environment, it was decided that we needed to take immediate action to protect these critically endangered animals. With the permission of Prickly Pear East land owners, it was agreed that we would create an iguana sanctuary on this offshore cay. The cay was free of other threats – no cats, dogs, invasive common green iguana, no plans for major development and with no one living there, no real risk of us humans hunting them.

With resources provided by the Department of Environment and with space provided by the Department of Agriculture, we built a cage and used two that Agriculture had already constructed to house all of the iguanas that we caught. We successfully applied for additional funding from the International Iguana Foundation and the Mohammed bin Zayed Species Conservation Fund and genetically tested each individual iguana that we were holding in captivity. We needed to ensure that we only released pure Lesser Antillean iguanas onto Prickly Pear East – not Lesser Antillean-common green iguana hybrids. We cared for them while we anxiously awaited the test results. Of the over 50 iguanas that we captured, two dozen were confirmed Lesser Antillean, two were hybrids, and the rest were clearly common greens.

Our surveys across the island indicated that, based on habitat availability, Anguilla’s Lesser Antillean iguana population was limited to a relatively small part of the Anguilla mainland and that there were likely only 100 individuals left – at the most. Our on-the-ground surveys suggest a far dire situation – certainly fewer than 100 and probably less than 50. Creating that sanctuary on Prickly Pear East ended up being absolutely essential to protecting the species on Anguilla.

Lesser Antillean iguanas are found on only a few islands in the Caribbean, including St. Barths, Statia, Petite Terre in Guadeloupe, and Dominica. The species has been lost completely from St. Martin, Sint Maarten, St. Kitts and Nevis, Antigua, and Martinique. Partners on the islands where they still exist as well as international conservation organisations are doing all they can to protect the animals that remain.

Over the last few years, I’ve been fortunate enough to visit some of these places to work first-hand with people who are as passionate as I am about these reptiles. Along with other members of the ANT team, I’ve had opportunities to conduct iguana surveys in St. Barths, learning from our colleagues at the Agence Territoriale de l’Environnement as well as at the Jersey Zoo/Durrell Wildlife Conservation Trust in Jersey (Channel Islands) to learn about ex situ conservation. Just last year, I participated in an iguana conservation training workshop in Roatán, Honduras with colleagues from across the Caribbean and Central America. These experiences are amazing opportunities for both my professional and personal development – and it’s even better when new skills and knowledge can be applied back home.

I feel lucky to be able to work with these animals – partly because I’m able to help protect a species that really needs immediate conservation attention but also because I feel that I can relate to them. They’re lumbering and perhaps underestimated in terms of what they can do. But they have bursts of speed, are more aware of their surroundings than you’d first think, and play an important role in the environment.

Lesser Antillean iguanas truly are a special species. We’re fortunate to still have them in Anguilla. And we need to make sure it stays that way. 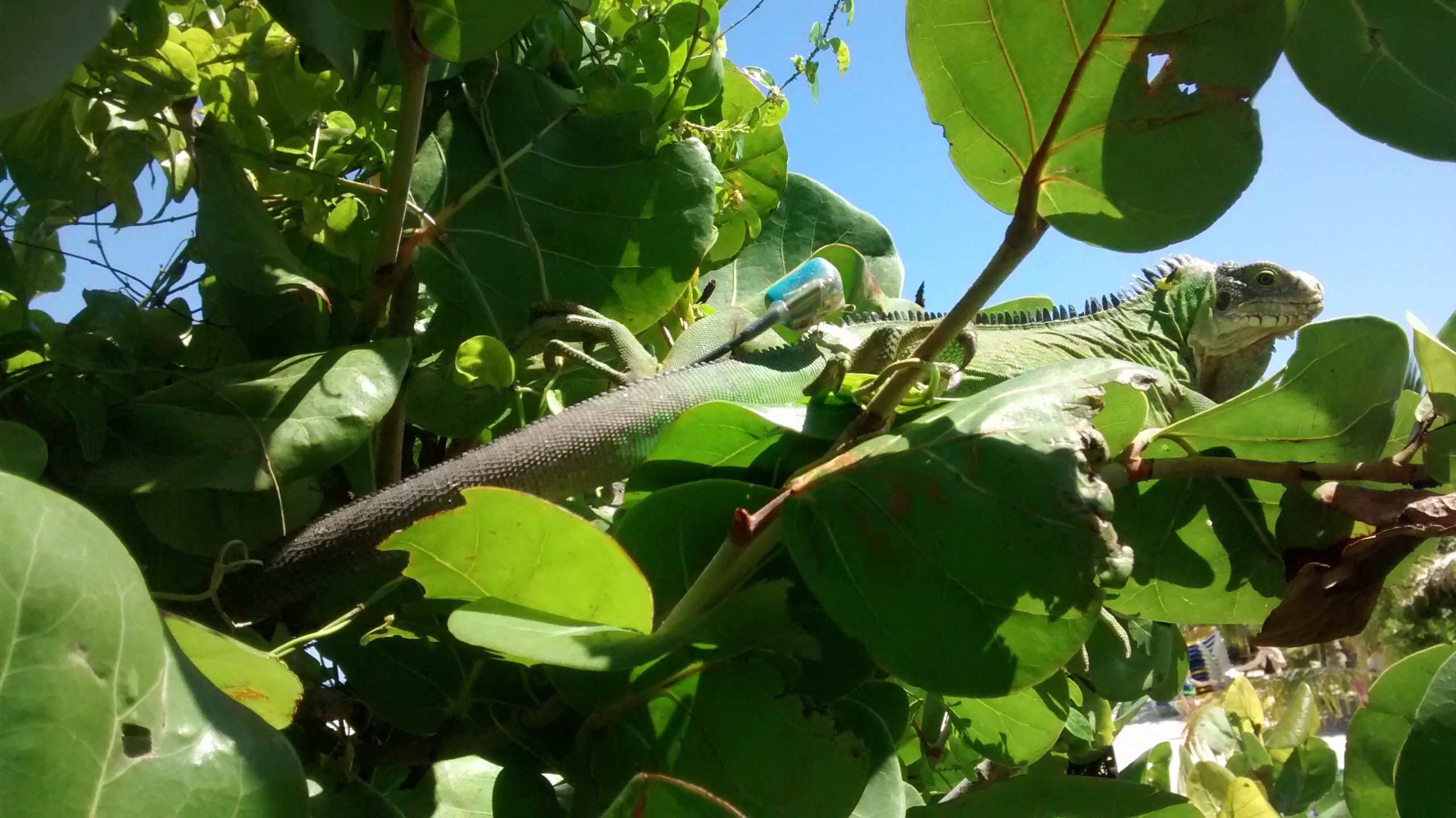 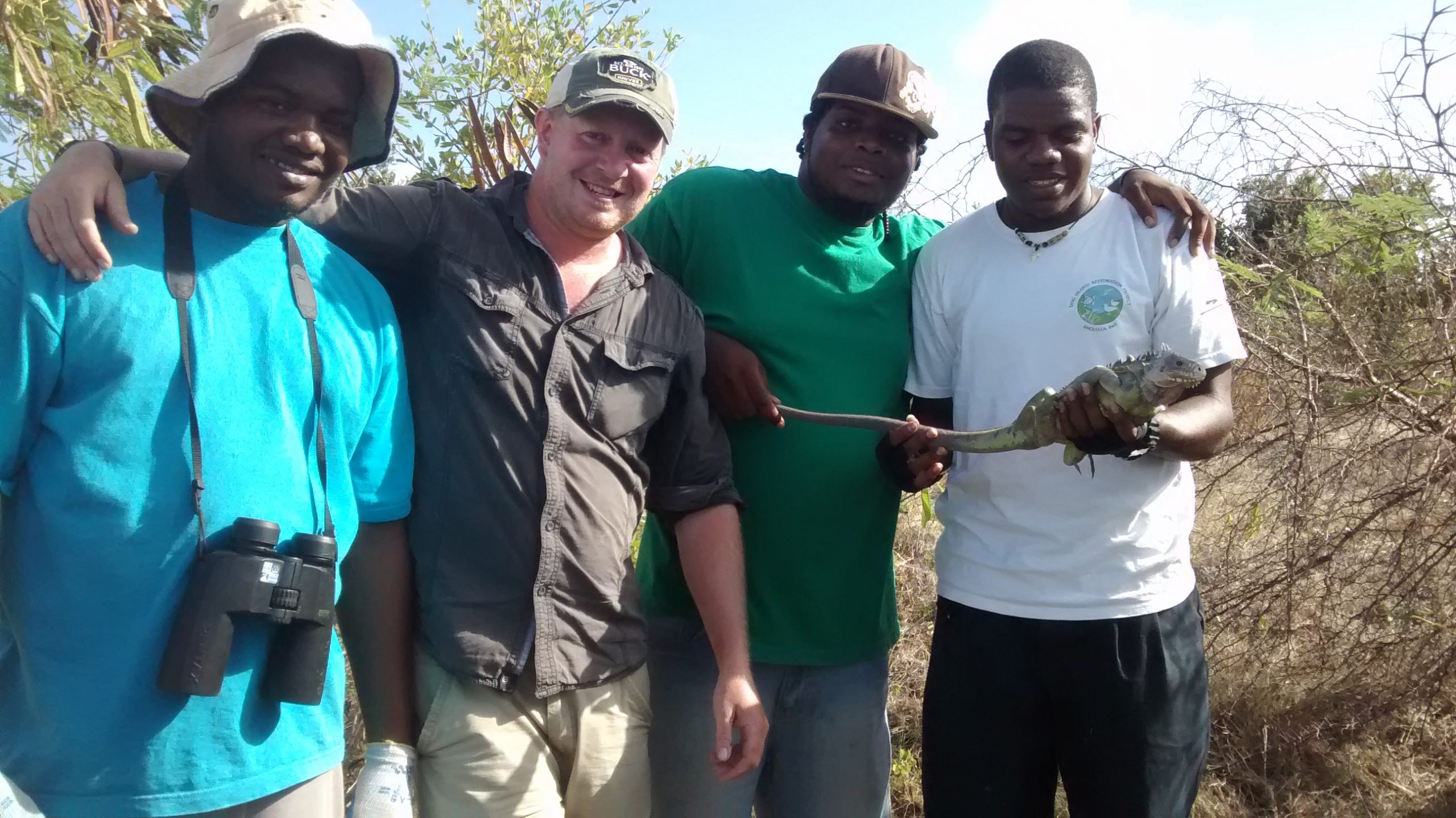 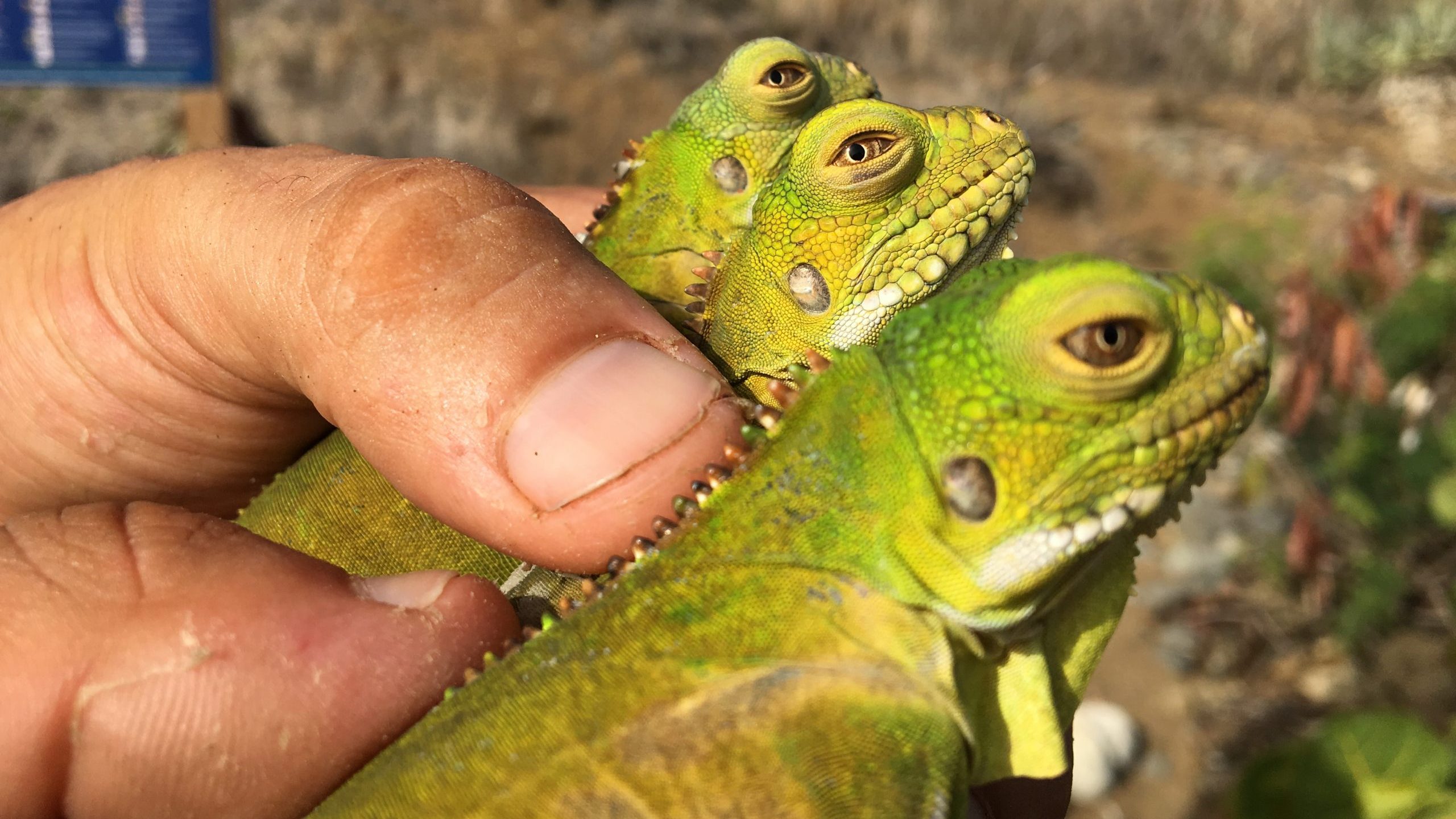